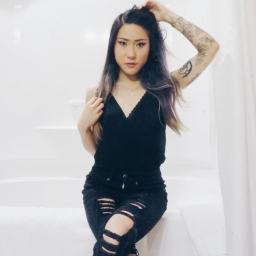 Fashion, beauty, art, raves and travel.
Welcome to The Abyss!

Hey guys! Back in the new year for a new post! Except it’s February, so it’s not really that new and I’m posting something that happened last summer 😅

No matter! I still really wanted to post this as it is something I hold near and dear. I was fortunate enough to attend a dinner at Woodwynn farms last summer and I want to showcase its owner and legacy.

I don’t know if you guys remember, but last summer was when I decided I should go out of my comfort level and venture forth into new events and social gatherings. That’s when I went to the Phillips Backyarder as well as a series of dinners hosted by The Chamber of Commerce that I bought tickets to be a part of.

The finale of the series was held at Woodwynn Farms. A therapeutic community helping the homeless as well as recovering addicts attain soft and hard skills to utilize them as productive members of society. They also serve as a support group following a similar model set in San Patrignano, Italy. The program has over a 70% success rate in Italy and Richard Leblanc’s yielded a 76% success rate.

The night started with a bus limo pickup at the Victoria Conference Centre. Then we made our way to the venue. It was quite a scenic drive to the farm, the distance being one of the elements to their program. By keeping at bay negative triggers such as dealers, pimps and other familiarities associated with the drug of choice of “getting high” the participant is able to focus on their own journey and not get distracted by outside stimuli.

I could go on and on but you can read all about the farm and its plight here:
https://www.woodwynnfarms.org/our-woodwynn-program/

Loved unloading onto the farm and seeing the rustic charm of the place. Could definitely see my worries melting away living in this sanctuary.

They have a market stocked with local and organic preservatives, heirloon seeds and fruits and crops grown by their participants. They also pasture raise all meat!

After our introduction to the market, we were led to a beautiful tent where our dinner was being held.

The place settings were adorable with the potted flowers between each person.

The appetizer was toast served with 3 different butters, the pinkish blue one was my favourite: a blueberry butter hat melted upon entry into your mouth. NOMS.

Loved this doggo on the farm. He only came up to me during dinner. I felt loved.

Main course was Chantrelle Mushrooms which I’ve never had before and totally melted like butter as well and had a great earthy taste. There were also swiss chard and honey roasted carrots. Also, I love alfalfa sprouts.

Finished the night off with a lemon and thyme custard, berry compote and hazelnut crumble.
All the courses were paired with tea mocktails to reinforce the recovery program on the farm.

During dinner, Richard Leblanc told us of his plight and with his success rate he doesn’t mean, “Oh,they stopped doing drugs.” The 76% success rate means that after 5 years of said participant leaving the program they are still clean and engaged in the recovery method that worked best for them. They are employed and paying bills as well as regularly attending support meetings and helping others on the farm.

It deeply saddens me that there are people like Richard that are actually helping the homeless situation in Victoria, but instead of being praised for it he’s been shut down.

You heard right. The municipality of Victoria has shut down Woodwynn Farms because due to the farm’s acreage and its potential loss in revenue they have evicted all occupants and current members in order for it to become a fully functional farm.

It’s so fucked up the world we live in cares more about imaginary numbers than actual human beings.

Fashion, beauty, art, raves and travel. Welcome to The Abyss! View all posts by ind.i.go